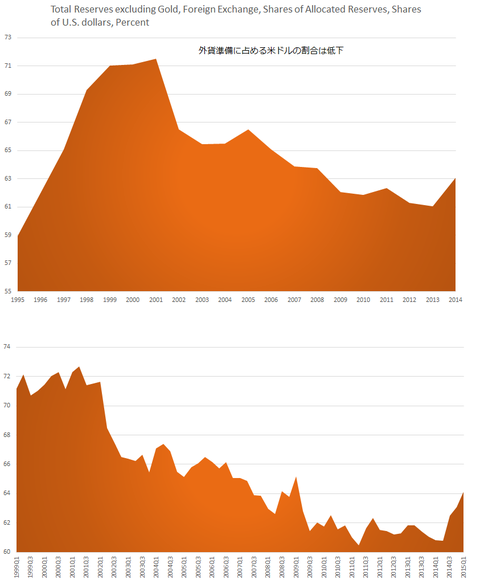 Decline of the US dollar index

Then, Let's try to compare the change of the dollar index and the dollar's share in world foreign exchange reserves. Both values are bottoming  out in 2011.
If you look at only the chart from 2000,  you might think it looks like the bottom and the upward trend is ongoing.
However, You should not forget to capture the change of long-term span. 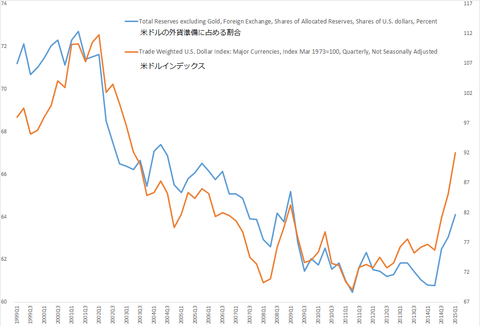 Let's see the following chart drawn from 1973 (the start year of dollar index).
40 year's chart has formed a completely downward trend line. Falling trend is ongoing. If you look at in 40 years span, the dollar index has not recovered. 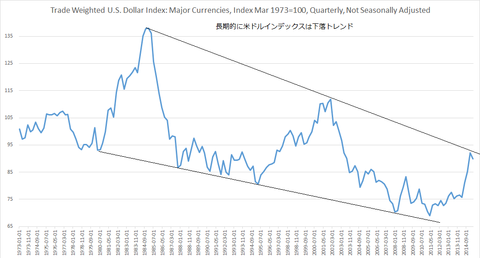 The following chart is a graph chart in comparison with changes in the gold price.
Axis of the dollar index is in the upside-down in order to compare easily.
Technically speaking, the dollars Index will return to the opposite trend from here because it is supported by the support line.
What happened after the peak of dollar index in the past?. Gold price has increased significantly.
(Gold prices is  yellow line and right axis , the dollar index is blue line and left axis) 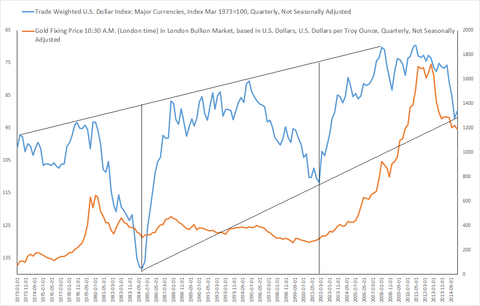 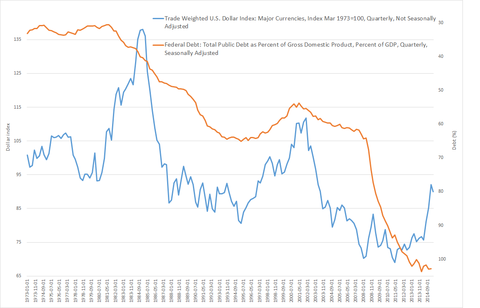 Then, I compare the transition of government debt and the gold price. Gold price  increased significantly along with the government debt growth. This trend will not change in the future. 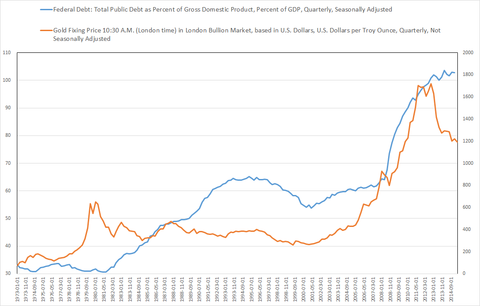 Up to this point, you confirmed important resources. There are US dollars share in world foreign exchange reserves, dollar index, US government debt and gold prices.
Over the long term, every time the US hegemony and the value of US dollar were reduced, the gold price has been inflated.
And now, I guess we are just facing to the US bubble collapse again.
This time, We are standing just before the dawn.
Gold price will explode soon after collapse of US economy.

We research market mechanism.Through research of trade, we will contribute to the creation of our wellness and happiness. We aim to prevent the collapse of our economy and realize a sustainable rich society.